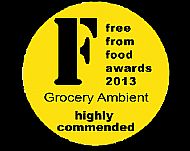 We are delighted to announce that the Hebridean Seaweed & Lemon dressing/marinade/drizzle from the NEW citrus-sea* range has  been
highly commended in the Grogery Ambient / Store Cupboard Category at the prestigious FreeFrom Food Awards 2013 on 16th April. Hebridean Seaweed & Lemon dressing/marinade/drizzle was one of over 340 products that were entered for the FreeFrom Food Awards, a record 37% increase on last year!

We are delighted to be involved in the Freefrom Food awards awards in London later this year.  The FreeFrom Food Awards have been instrumental in driving new product development and improving the quality and choice of freefrom foods that are available. These are supported by Antony Worrall Thompson who says, of the awards, "I have been involved with the FreeFrom Food Awards from the start and am really delighted at the way they have grown. FreeFrom is becoming such an important part of food-thinking for all of us these days that it is important to have a reliable, independent guide to freefrom excellence – and the awards provide just that".

Press and Journal Write Up Our Story ... so far...Brendan Lynch of the Great British Bake Off's InputSpecial Limited Edition Dressing/Marinade/DrizzleLoads of positive press including double page in P&J!Success at Freefrom - supported by Anthony Worrall Thompson
Tweets by @saladworx 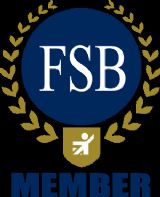